Koorka Fry is a Kerala dish, a very tasty stir fry that goes perfect with hot rice. This is a seasonal vegetable that is quite popular in Kerala Cuisine. Koorka is also known as Chinese Potato in English. These type of veggies have a lot of mud/dirt in the outer skin. So the skin needs to be peeled off properly. Also the vegetable needs to be properly spiced and cooked to avoid the earthy smell. The skin comes off easily but since it is small and not uniform, it is time consuming. I put on some good music to distract myself and time flies off. But the work gets rewarded though in the end. I love Koorka Upperi with rice for noon day meals. No need for a non vegetarian dish. If you are new to chinese Potato, let me describe the taste and flavor. It almost resembles boiled peanuts. Te texture is unique, it is not easily mashed unlike other kizhangu varieties. It absorbs the spices well and suits the palate.

Chinese Potato Fry is quite popular in Kerala Cuisine. This vegetable is cultivated in plenty in Kerala and hence it is economical too. Traditionally the excess mud from koorka was cleaned by wrapping it in a bag and and smashing or rubbing well. The koorka fry I have illustrated here is a very simple recipe. Keep on roasting in low flame and you get a golden brown crust on the surface. It is best to enjoy the dish hot and fresh. It stays fresh throughout the day unlike other veggies. However you can store it for the next day in refrigerator. You just need to add some oil in a pan and roast it lightly. Koorka is rich in iron, calcium, thiamine and riboflavin. Polyphenol, a micronutrient present in Chinese Potato is good for fighting heart diseases and cancer too. 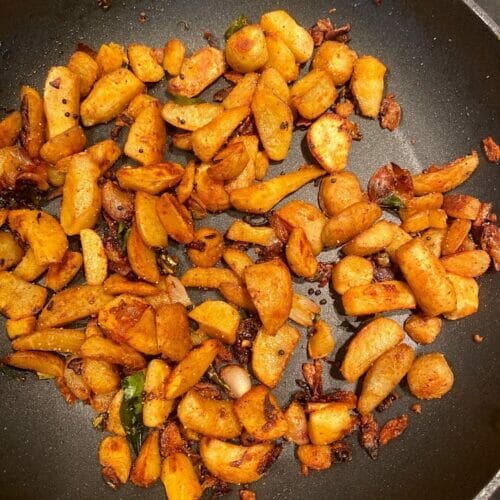 You can visit this link Koorka Avial. You can also visit this link Nadan Koorka Mezhukkupuratti.
[wprm-recipe-yvideo]
Tried this recipe?Let us know how it was!
V
written by Vineetha Biju continue reading
Follow 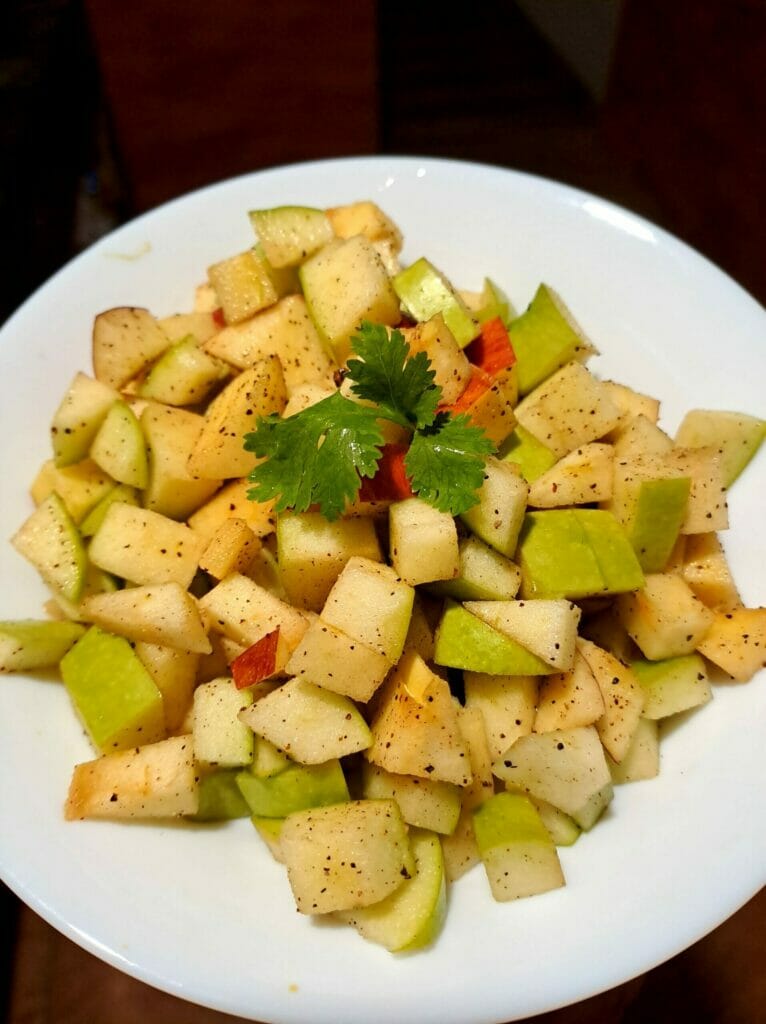 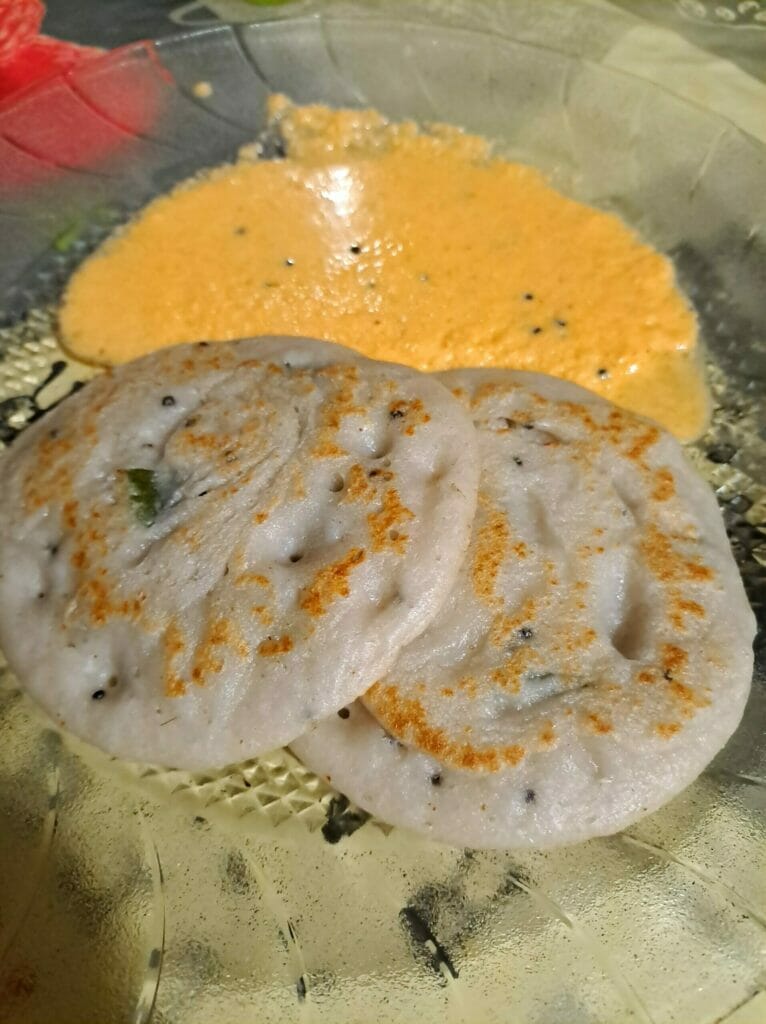 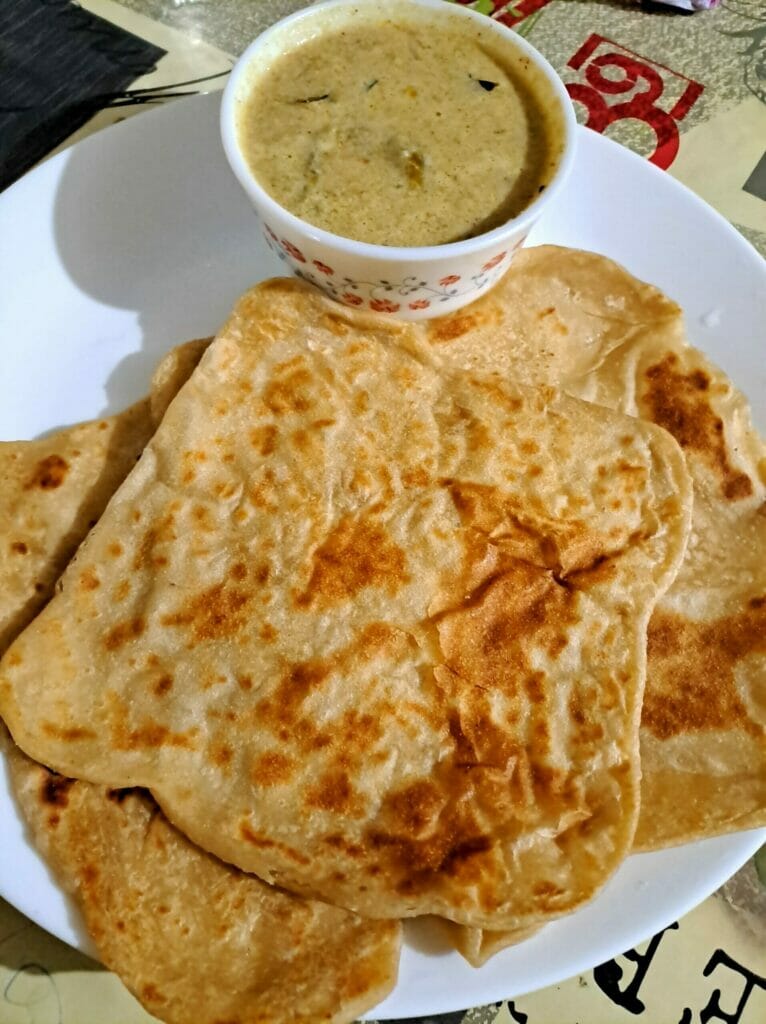 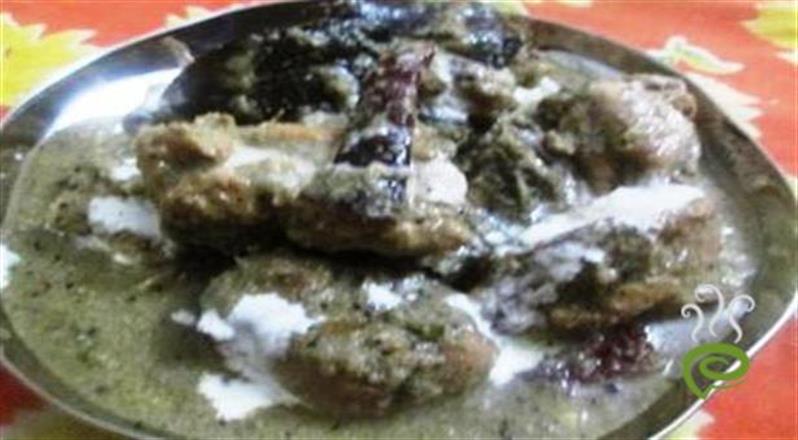 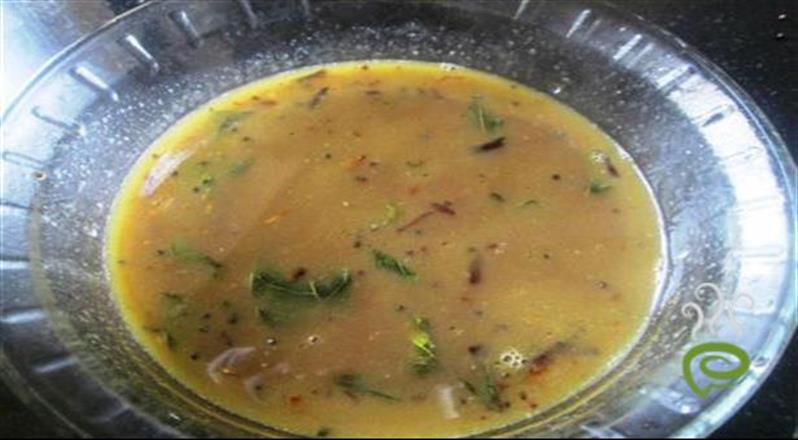 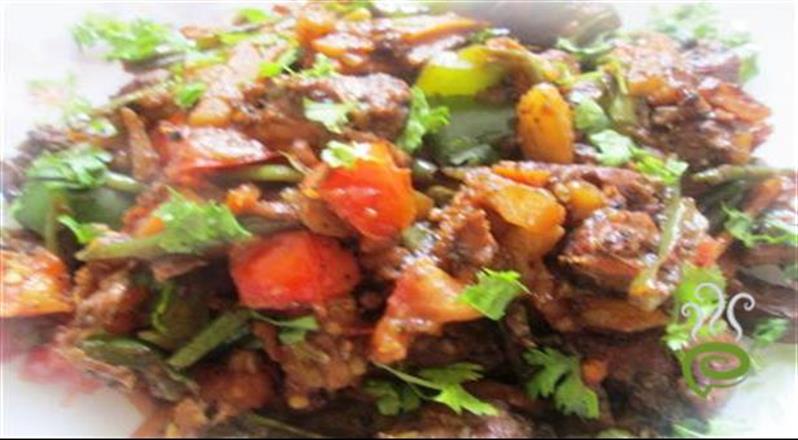 October 18, 2014
Save
Lucknow Chicken With Vegetable

October 18, 2014
Save
Lucknow Chicken With Vegetable